Whilst Donald Trump seems to continuously be fighting various personal and political battles on home turf as well as abroad, his European golf-siblings are gently going about their business of satisfying their customers visiting from near and afar.
Currently it is as a rather unconventional President of the US that Donald Trump is most (in)famous. However, most people will know by now that he is also an avid golfer. According to himself, a very, very good one, something a number of people in the know have questioned.
Trump’s passion for the game has however led him into investing fairly substantially in the golf business.
By 2019 he owns around 20 golf courses worldwide, mostly in the US.
In Europe his current portfolio consists of three golf courses; two in Scotland and one in the Republic of Ireland.
All three must be considered to be of the highest calibre, whichever way you chose to view it.

The one Trump developed from scratch

Trump’s first foray into the European golfing scene started around the turn of the century when he acquired a prime dunes location on the coast of Aberdeenshire, a few miles drive north of the city of Aberdeen. As in politics and his business dealings, this acquisition and the ensuing plans and developments did not come about without controversy, to put it mildly.
And still today, some six years after opening the first course at Trump International Golf Links (the master plan called for two), some of the controversies still persist. The one course that has been completed (4 th hole pictured above), designed by the highly respected architect Martin Hawtree, is a golf course like no other. Whichever view you may have of its owner, there is no denying that this golf course in most aspects is a masterpiece, though it may not be "the best golf course in the world" as Mr. Trump has postulated on various occasions.

By a design purist

The team of Trump and Hawtree has here broken most of the universally acknowledged classical links design features. Mr. Hawtree is known as a design purist and it is obvious that he in this case has been to some degree (some would say extensively) influenced by his employer. For what we find here is clearly an Americanised version of a links course.
Some purists have termed it "vulgar" with its enormous, undulating green areas, huge and plentiful bunkers, wide and generous fairways. This writer has played the course three times and my likeability has grown considerably to the stage where I now clearly rank it amongst my top ten favourite courses.
The setting of the course is somewhat remindful of the neighbouring courses of Royal Aberdeen and Murcar. Only that the dunes at Trump International are substantially larger and brought more into play. The feel of playing here is totally different from the aforementioned classical links courses. Some like that, some do not. But what is undeniable is that this is a golf course like no other.

Trump Turnberry comes with a legacy 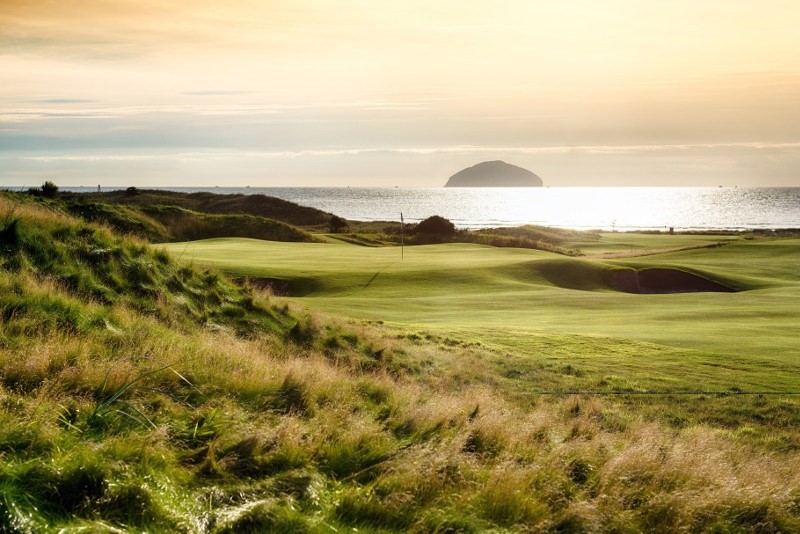 A few hours drive to the west coast of Scotland, just south of Troon, we find Trump Turnberry. Turnberry is one of the most iconic names in golf.
During the immediate years prior to Trump acquiring the resort in 2014, it was owned and operated by a Dubai based investment company that had invested heavily, especially in the hotel. Despite this Mr Trump put up considerable funds, probably about 100 million British pounds (in addition to the acquisition cost of GbP30 million) for upgrading purposes, not only in the hotel but even more so in the two golf courses on the site.
The Ailsa course has since its inception more than 100 years ago been considered amongst the finest links courses in the world. Still Trump saw room for improvements. The revamped course opened in 2016, and silenced all sceptics. The neighbouring sister course, the Kintyre, went through even more alterations. When reopened in 2017, it was under the name of King Robert The Bruce Course. A course many rank almost as highly as the Ailsa.

The best traditions of classical links

The Trump Turnberry courses have nothing in common with Trump International. The Turnberry courses are in the very best traditions of classical British links courses. The ocean, Firth of Clyde, is visible from anywhere on the courses, with the rock called Ailsa Craig prominently visible a short distance off shore. As an apropos it should be mentioned that the isle of Ailsa is where all stones used in the sport of Curling emanate from.
The iconic hotel sits prominently perched on a hill top high above the ground of the courses. With a pitch-and-put course situated immediately below. From the exterior the hotel looks fairly much like it did when it was originally built in 1896. Internally it now has a clear Trump stamp on the decor and rooms. Some like it, some loathe it. Whatever may be the case with the hotel, there are no criticism coming out as to what Mr. Trump has done to the courses that now appear to be better than ever before.

Above - At Trump Doonbeg, both nine hole loops are running along the crescent shaped bay
(All photos by Trump)

To get to Trump Doonbeg Golf Links you have to go island hopping from Scotland to Ireland, to the south west coast of the republic, in County Clare. Going there from Scotland you may take a ferry into Dublin or chose to fly from Glasgow into Dublin or even better, into Shannon airport (near Limerick). From Dublin you will be looking at a good three hours drive, whilst Shannon is about one hour from the resort. Here "luxury accommodations, breath-taking views and unparalleled service await you", as the promo says. Which is no exaggeration.
Before reaching the resort you will have driven through rather desolate areas that have you wondering if you are on the right track. But stay patient, and you will be amply rewarded.
The Doonbeg resort sits on an exposed spot on the Doughmore Bay. Exposed in the sense that outside there is nothing but the Atlantic Ocean, for better and for worse. The golf course is a traditional links designed in that you will find nine holes going out from the clubhouse and hotel, and nine holes coming back. Both loops are running along the crescent shaped bay and braided so that some holes of each loop are close to the sea, which is visible from all of 16 of the 18 holes.

Trump Doonbeg is probably the golf course with the world’s longest incubation period. As far back as in 1892 locals started hatching plans for a golf course. Plans that did not come into fruition until 1999 . This was when an American investment group bought the property, and managed to obtain necessary permits for the erection of a hotel and a golf course.
Greg Norman was brought onboard to provide the design. Which he had done to bravados when it opened in the summer of 2002. Contrary to standard designs of then  10 par 4s and each four par 3s and par 5s, this course has five par 3s, five par 5s and eight par 4s, unevenly spread on the front and back legs (front is par 38 with 5 par5s whilst back is par33 with only 1 par 5).The course was instantly ranked in the top-100 in the world. And soon became known as a difficult course to most players.
Due to its exposed setting, the course has had to go through serious repairs following damages caused by winter storms almost every year. By 2014 the resort was falling on hard times, and Trump being on the prowl for prime European golf locations moved in and put up a meagre 15 million pounds to secure ownership.

In true style Trump was not fully satisfied with Norman’s original layout (or could there be other reasons?). Anyway he brought in Martin Hawtree (cfr Trumps Aberdeen course) to undertake a fairly major overhaul of the course, at the same time as he himself "trumpified" the interiors of the clubhouse and hotel at a substantial cost. But also here did Trump run into some controversies. Due to the regular devastations of the winter storms Trump launched plans to build a ‘breakwater’of sorts into the bay. But this apparently woke up most environmentalists from all over the world.
Five years since takeover and reopening the battle is still on with regulatory bodies. Again, in true style, Trump is using threatening language like "if I do not get my way, screw the whole project". Sometimes threats work. In this case the jury is still out.
Meantime visitors are now flocking to the resort that no doubt was reinvigorated by the entrance of Trump. The golf course is not a traditional links course, but more in the American tradition reminiscent of Trump International in Aberdeen. Still it is an extremely enjoyable golf course, especially when the weather is calm, dry and reasonably warm. But this is truly a beast of a course when the weather turns for the worse, though this could be a thrilling experience at its own that may be better enjoyed in the sumptuous interiors of the clubhouse and the hotel.

In closing, let it be said that there was a time when Mr. Trump’s lust for conquests seemed insatiable. In his current position it seems however that this has abated some.
But be not surprised that in the future you will see him reinvigorated and his name attached to tantalizing settings somewhere, that being in Europe or elsewhere. 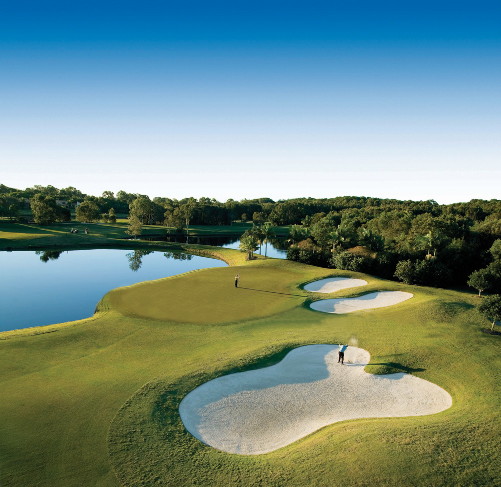 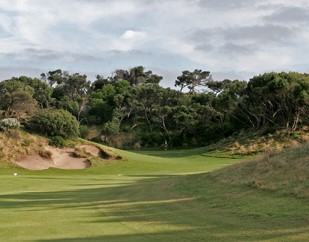