While we still have an Open Championship, a Ryder Cup and what should be an exciting Olympics event to come in the 2021 PGA Tour season, we thought we would take an opportunity to look ahead to the next season and preview some of the top young emerging players that will be competing in their rookie seasons.Some of these players have already featured heavily in PGA Tour events through sponsor exemptions and other qualification means this year, but 2022 is set to be their first season as a full-fledged PGA Tour member.
Before You Bet have seasoned golf experts to bring you betting tips for every event in the 2022 PGA Tour season.

Top 5 Emerging Golfers to Watch in the PGA Tour 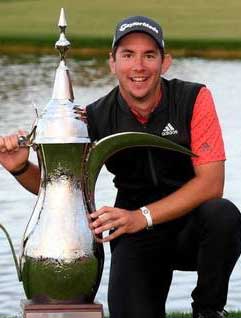 How could we not add an Aussie into the mix here? While Herbert is yet to have any real top level success in the PGA Tour to date, he has been pretty consistent. He has started in 13 events in his career and made 9 cuts including a T31 at the U.S. Open in 2020 and a T18 at the Memorial just a few weeks ago - his best ever finish in a PGA Tour event.
Herbert has had some serious success on the European Tour over the last few years, including his maiden win in the Omega Dubai Desert Classic. He needs the equivalent of another 196 FedEx Cup points to earn special temporary membership heading into next season, which is by no means out of reach with a few solid results. Either way, he should continue to feature in the PGA Tour for years to come.

Justin Suh has made a start in eight events on the PGA Tour this season so far, recording some impressive finishes including T11 at the Zurich Classic, T28 at the Corales and a T8 at the Shriners. The consistency of finishes for the youngster replicate those of a more experienced PGA Tour player. So with just another 83 FedEx Cup points required to secure a STM for the 2022 season, we could see Suh featuring heavily on the tour next year.
Suh put on a clinic in the PGA Tour Latinoamerica in the 2019 season, racking up four top 10 finishes in just five events before splitting his time between the PGA, European and Latinoamerica tours in the 2020 season for some solid results.

One of two young players to have already secured their place as a full member in the 2022 PGA Tour season. Garrick Higgo punched his card with a maiden win at the Palmetto Championship, taking advantage of a pretty light field the week before the U.S. Open. The win catapulted him in the OWGR to No.39 and gave him access to starts in the PGA Tour that he would have needed an exemption to play before.
Unbelievably, the win came in just his 2nd start on the PGA Tour, joining a very small list of players to have secured a win inside two starts. With nine events to go on the season, you can bet your bottom dollar that Higgo will feature in nearly all of them as he makes the most of his full member status.

Higgo wasn’t the only player to earn full member status the week of the Palmetto Championship. Just a few hours down the road, at the aligning Korn Ferry Tour event that weekend, young Chilean Mito Pereira picked up his third win of the season. He became the first three-time winner on the KFT this season, earning a full PGA Tour membership with the dominant four-shot victory which saw him shoot 27 under par across four rounds.
A few other players have a great chance to earn their third win of the season with 10 events to go on the Korn Ferry Tour. Cameron Young, Jared Wolfe and Davis Riley are the three front-runners at the moment.

Tough to look past this bloke as the No.1 young player to watch in the upcoming season. He needs only to accumulate enough points to finish within the top 120 on the FedEx Cup rankings this season to secure full membership next season. Currently he is ranked 20 on the FedEx Cup list with 1,181 points. Of course, the other way he can earn immediate full membership is with a win, which is certainly not out of the question with nine more PGA Tour events this season.
Zalatoris was given a special exemption after a fantastic Korn Ferry Tour last year and has competed in 20 PGA Tour tournaments already this season. The year has been highlighted by fantastic
performances including a T6 at the U.S. Open, a 2nd at the Masters and a T8 at the PGA Championship. Overall through 20 tournaments he has racked up 18 made cuts and seven top 10 finishes.

(Because the 2019-20 season was contracted due to the COVID-19 pandemic, this season's target for Special Temporary Membership is 288.035 FedExCup points. Non-members who achieve STM receive numerous benefits, three of which are primary as it concerns opportunities to compete on the PGA TOUR: 1) Unlimited sponsor exemptions; 2) Unlimited starts; 3) Position in the Beyond 150 Reshuffle) 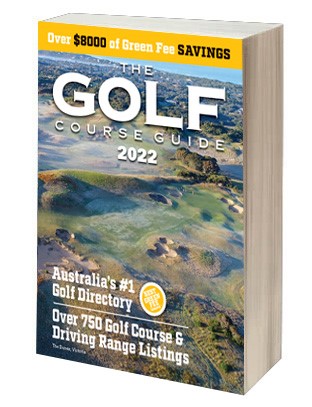