Course information sourced from the 2020 edition of The GOLF Course Guide, Click here for details

Back to Country Victoria

Until two years ago, the main claim to fame of Ballarat Golf Club was being the oldest Australian golf club still playing on its original course. That claim expired in 2008 when the new Thomson-Perrett designed course was built on land adjacent to the old layout. 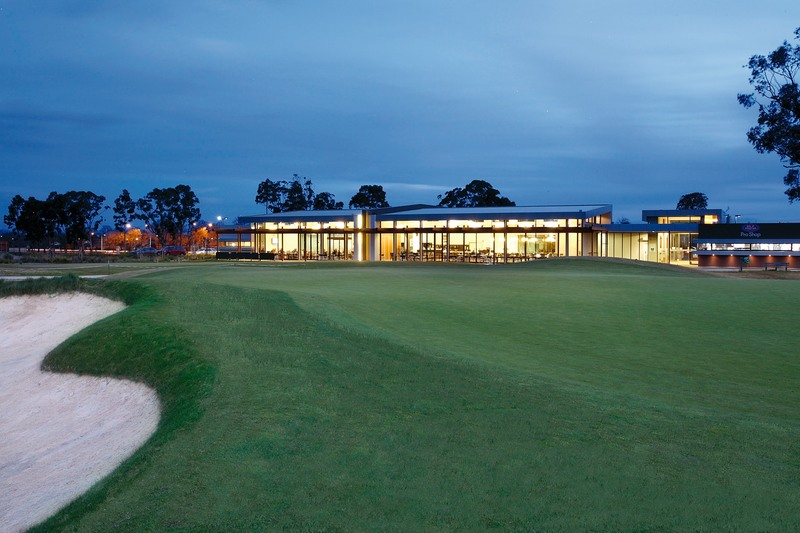 The old course, although much loved by its members, was predominantly flat and to the visitor acceptable, if somewhat ordinary, and lacking inspiration. The new course is a sharp contrast.
The topography of the Thomson-Perrett layout is almost entirely man-made, its rippling and undulating fairways, steep sided bunkers and deceitfully contoured greens attributable not to mother nature but to the creative artistry of a bull dozer, applied to thousands of tons of imported sand and soil. The result, quite simply, is a masterpiece of golf course architecture, a succession of beautifully crafted holes which maintain a fine balance between offering a reward for the low handicap long hitter (albeit at some risk) while preserving scoring opportunities of the less powerful middle / high handicap golfer. The roller coaster fairways and strategically placed bunkering give this new course the feel of some of the famed north of England moorland courses designed by the celebrated Alistair MacKenzie – Ganton, Alwoodly and Moor Park. Two or three of the greens have the authentic MacKenzie touch of two tiers. There is also a reflection of another noted English Course Designer, Harry Colt, in the inclusion of a couple of raised eyebrow bunkers.
Much of the design quality of the course is created by some quite subtle features. There are several more obvious examples of the golf architects repertoire – the string of bunkers across the fairway at the sharp dog leg corner of the sharp Par 4 16th hole; the water carry most of the way to the par three 11th, with its trademark MacKenzie green; the bunkers placed from 210m at the invitingly driveable par four 3rd (did I say driveable? At 280m only in my dreams, but there will be many who will try, and fall into the architect’s trap!)

However, look for some of the less obvious features – the shallow green on the short Par five 10th for example. At only 456m, many low handicap players will hope to make this a two shot hole but with no depth to the green, stopping your ball on the dance floor is a real problem with a long iron or fairway wood. Better to take three shots and home in with a lofted iron.
Another example is the ninth hole where the ideal tee shot to set up an approach to the green is down the left hand side, but with the OOB also on the left and the diagonal water hazard requiring a much longer carry on the left, many will take the safe option and find their approach to the green blocked by a stand of trees.
Another illustration is at the 4th, where the water hazard on the left and the creek on the right converge towards the green, making the two shot approach a real risk/reward choice against the more conservative option of a lay up to the (relatively) wide part of the fairway followed by a short, lofted iron shot into the green.
My notes, following my fourth visit to play this exquisitely designed course record a succession of holes described as good, lovely, even brilliant! Perhaps the best way to convey the essence of the course is to describe in some detail a few of my personal favourite holes.

The short par five(10th) I have already mentioned in the context of its shallow green, but the main feature for most golfers will be the creeks twice crossing the fairway. The first crossing is at around 240m (slightly longer on the right); a layup off the tee leaves a long second (216m) to the green, but the carry to fly this hazard incurs obvious risk. The second crossing is at 370m and here, for the middle / high handicap golfer is the real dilemma. Having driven short of the first creek hazard, say to about 200m, can you fly (dare you try) the second creek crossing requiring a carry of some 180m? Probably not, so you are left with a shot of around 100m to the green to make par. In my view it’s a lovely hole generating a real need for golf strategy – a thinking man’s golf hole.
The short par four 12th is another gem. A dogleg left creates its own problems for the majority of golfers whose routine shot is a fade (polite term for a gentle slice). Here the dogleg is reinforced by a drive over broken ground, avoiding dense trees on the left and a water hazard wide right; a hole requiring a single minded commitment to the tee shot. Position your drive right of centre and a par, even a birdie beckons, but there is not much margin for error. Drag your drive left into the trees and you will be lucky to escape with a five, lose it to the right and a watery perdition waits.
The 16th is one of those delightful par short fours where the lack of length is counterbalanced by hazards. Only 210m to the ideal fairway drive, but any shot too long or leaking right leaves a second shot from a severe down hill slope and over two pairs of protecting bunkers to the green. Easy – sometimes! 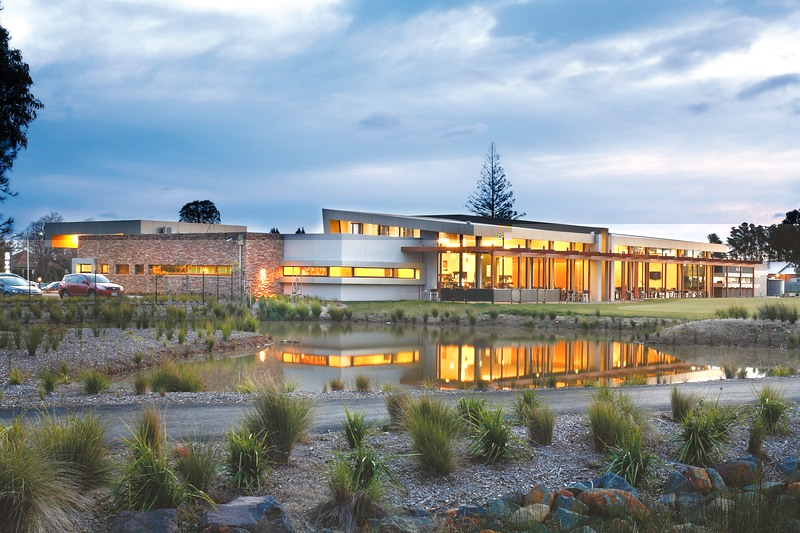 In September, the course was still recovering from the winter dormancy of the Santa Ana couch fairways and the recent torrential rains. Lies were tight, but back then the fairways had a green hint over the brown couch, harbinger of spring and summer to come. We anticipate they’d be in great Nick now.
Greens were already in fine condition, although you may curse their quick, mischievous borrows. Bunkering is of a high standard – deep and menacing, but with light sands that permits some prospect of escape for even the modestly competent.
In keeping with the high quality of the course, the support facilities, especially the clubhouse and pro shop if not quite in the Royal Melbourne / Yarra Yarra class are certainly among the very best in country Victoria.
Peter Thomson, launching this new course, said that “in time it will compare favourable with the Melbourne sand belt courses”. This is, perhaps understandably, optimistic but there is no doubt that the new Ballarat Golf Course is exhilarating and enjoyable, a course to be revisited time and again without loss of excitement, and each time discovering new features and strategies in the layout. It must already rank very high among Victoria’s best country courses.